Home » BLOG » The Importance of Rolling Resistance in Hauling Trucks

The Importance of Rolling Resistance in Hauling Trucks 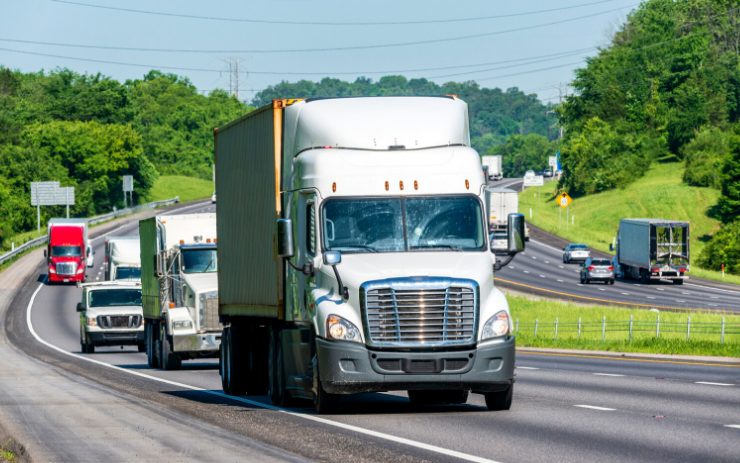 With commercial trucks, it is crucial to have maximum vehicular efficiency on every route. To that end, each tire must be appropriately aligned and able to experience unobstructed, resistance-free movement. Unfortunately, opposing factors to this movement do exist that drivers are often unaware of.

WHAT IS ROLLING RESISTANCE?

Deformation and slippage can both stem from numerous issues with the vehicle, its tires, the habits of the driver, and the conditions on a given driving terrain. Contributing factors typically include the condition of the tires, the alignment of the wheels, the temperature of the environment, the presence of rainwater, the speed of the vehicle, and the weight of the payload.

WHAT IS LOW ROLLING RESISTANCE?

Low rolling resistance is the goal of any truck or fleet operator who wishes to boost fuel savings and maximize vehicle efficiency. Commercial vehicle operators can achieve low rolling resistance in part with daily monitoring of tire inflation. Before each work shift, check each tire to ensure the air pressure matches the recommended level and inflate if necessary.

Another factor to consider is the type of tires in use on the vehicle in question. Do the tires have healthy tread and even alignment? Is the diameter sufficient for the payload? Some of today’s tire options include low rolling resistance tires and are specifically designed to decrease rolling effort and the consumption of energy on a given route. If the tires on a hauling truck are properly sized and inflated for low rolling resistance, drivers can maximize their mileage by inspecting tires daily and replacing them when necessary.

Air pressure is waht provides the tire’s load carrying ability, making inflation a contributor to rolling resistance.  Proper tire type, air pressure, and wheel alignment can help fleets save time and money. In doing so, fleets can avoid the problems that contribute to rolling resistance and lead to the following costly issues.

Find out how much you'll save on fuel, tire, and maintenance with IMI FLEXX

Numerous factors can positively or negatively impact the rolling ability of tires on OTR or long-haul tractor trailers. Factors such as heat and pressure can help tires run smoothly if maintained at proper levels, but beyond certain thresholds, those same factors can be problematic. The following factors have all been proven to correlate with increasing rolling resistance. 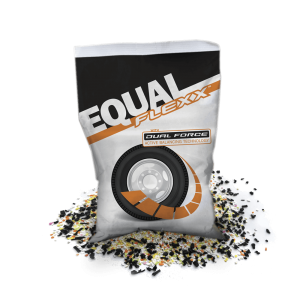 On heavy-duty trucks, long-haul tractor trailers, buses, and other commercial vehicles, it is crucial to have tires that will experience low rolling resistance, even tire wear, and longer tire life. Fleets are consistently losing money from their bottom line due to excessive fuel consumption from increased rolling resistance – and IMI FLEXX can change that. Today, commercial fleets are using FLEXX to balance their wheel-end assemblies, reducing their rolling resistance and increasing fuel efficiency.  Read how satisfied national fleets are here or contact our representatives today to learn more about FLEXX.