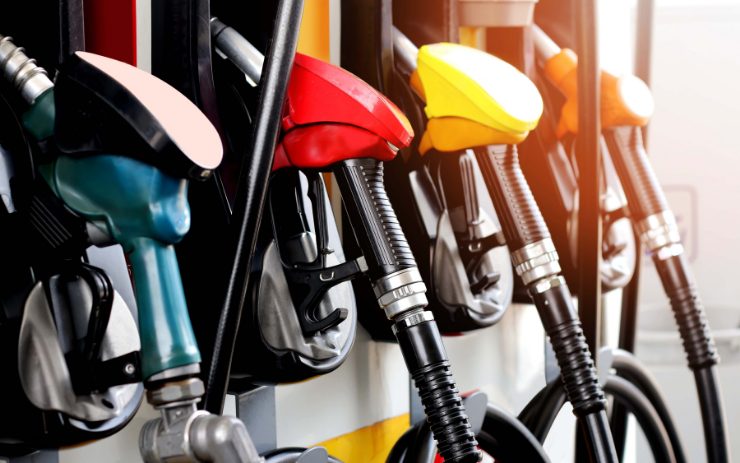 This means that aerodynamic losses become a much greater percentage of the total energy (fuel) requirements as the truck speed increases. Regardless of the types of power plants and fuels that trucks use in the future, it’s a safe bet that fuel efficiency will continue to be the focus of research and improvement. Let’s take a closer look at some of those developments, both near and longer-term.

Diesel isn’t going anywhere any time soon. Most experts agree that diesel will continue to dominate trucking for at least the next 20 years. The existing diesel infrastructure is stable, reliable, and, when compared to other readily available alternatives, efficient and affordable. The trucking industry is so firmly bound to diesel that the commercial trucking industry uses half of all diesel produced— that’s between 16-20% of global oil demand. Manufacturers will continue to improve thermal efficiency, resulting in improved mpg. But diesel is not without its shortcomings. Despite concerns over greenhouse gas emissions, limited supply, and significant costs (diesel being the number one cost for fleets in 2018), it’s probably what most fleets will be working with until at least 2040. Traditionally, one-third of the fuel’s energy content went to useful work, while one third was lost as heat dissipated through the cooling system, and the remaining third was lost as heat through the exhaust system.

New diesels are routinely converting 40% of the input energy into useful work, and many engineers believe that 50% is achievable in the near future. Engines manufactured to 2011 emissions levels and later are not only cleaner-burning but more fuel-efficient. This provides a considerable incentive for fleets to upgrade to newer power units for economy and reliability.Diesel is by far the most competitive, reliable, affordable fuel available. The global trucking industry uses staggering amounts of diesel—between 16-20% of Earth’s oil demand —which raises perennial concerns about emissions. At the same time, the world’s absolute dependence on large-scale freight makes it hard to imagine a truly viable alternative being rolled out any time soon.

New greenhouse gas regulations are expected to go into effect between 2020 and 2027, and these regulations will push fleets to invest in improved fuel efficiency. It is important to note that the exhaust emission-quality of current engines is excellent and that future regulations are lowering the number of exhaust gases. 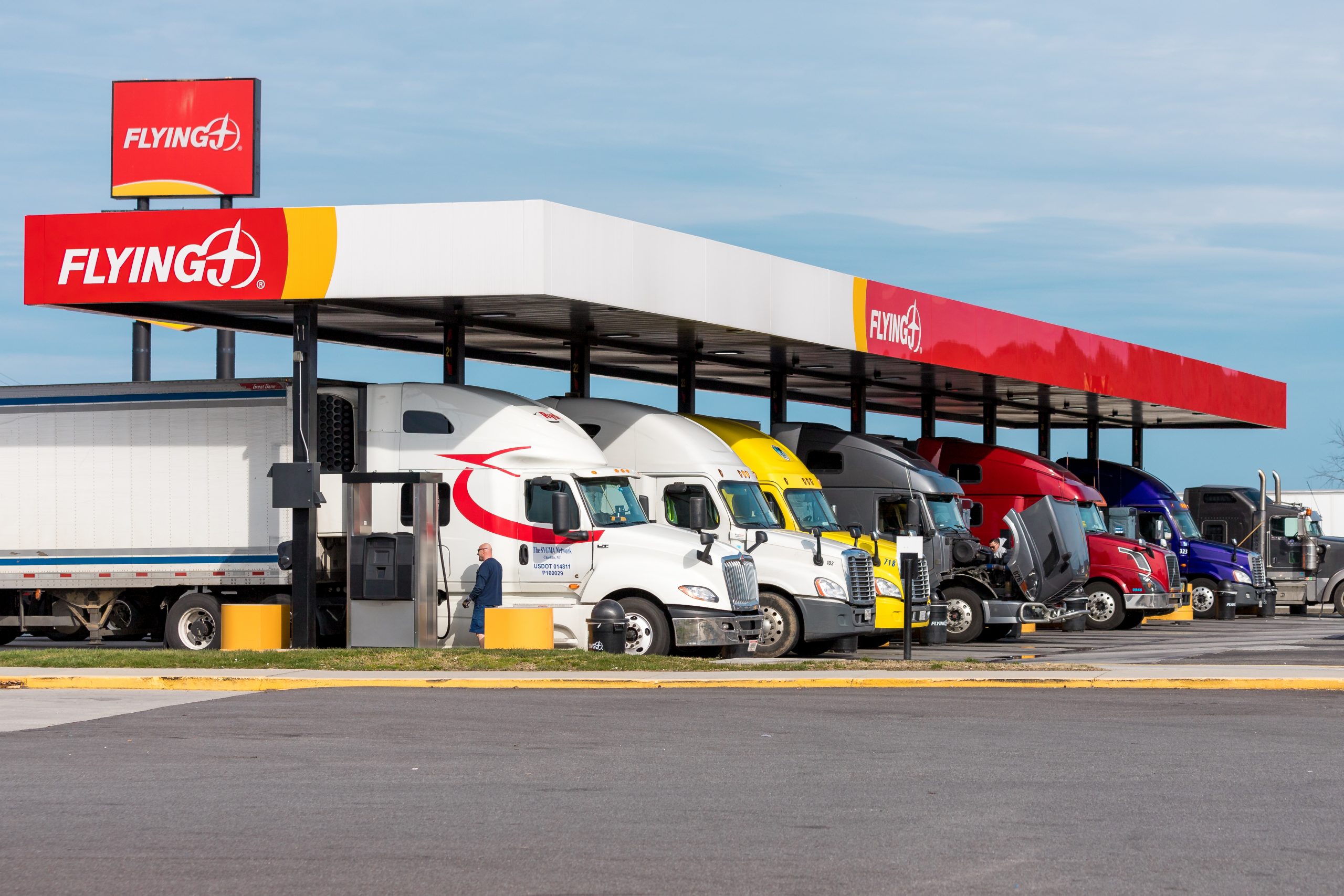 The most likely near-term alternative fuel is natural gas. It is plentiful in the US, and it is available at a relatively low cost. It can be used with only minor changes to existing ICE engines, both diesel and gas. Natural gas is the cleanest burning of all fossil fuels, producing 99% less sulfur oxide, 80% less nitrogen oxide, and 40% less carbon dioxide than diesel. It also does not produce heavy metals or soot particles. Thanks to innovations in fracking, which enables the extraction of shale gas, America boasts one of the most abundant supplies of natural gas on Earth. Natural gas also has low emissions compared to diesel fuel or gasoline while requiring none of the complex and maintenance-prone after-treatment devices used on current generation diesels.

During the transitional period from diesel to natural gas, one side issue is the resale value of these trucks is questionable until their market penetration increases. Recent investments in the North American natural gas industry have resulted in a plentiful supply of this fuel at a relatively low cost, so look for continued emphasis on conversions.

Propane has been used as a vehicle fuel for decades and is widely used globally, with an estimated 23 million vehicles in service. Although propane conversions have a lengthy record of use in North America, usage remains minimal, and modest recent growth has been mostly confined to light-duty usage. Propane is less expensive than either gasoline or diesel fuel, but it is considered a lower energy fuel that requires as much (or more) conversion expense as natural gas.

Propane is already the third most common transport fuel in the world. In the US, it’s used mostly for buses, shuttles, and police vehicles. Propane vehicles emit 12% less carbon dioxide, 20% less nitrogen, and 60% less carbon monoxide than gas-powered vehicles. There are also safety considerations in maintenance shops since propane, unlike natural gas, is heavier than air and can accumulate near the shop floor. This might require relocation of switches, outlets, water heaters, etc. that could be an ignition source. If propane usage grows in the North American market, it will likely be confined to light-duty and some smaller medium-duty applications.

There is also growing interest in electric vehicles. Many electric passenger cars are already available, and several firms are working to adapt this to heavy trucks. Meanwhile, it is most likely that the conversions will work upward through the GVW ladder with light and medium-duty vehicles in the near future.

The primary limiting issues continue to be battery storage capacity, weight, and longevity. Major drivetrain revisions will be necessary for several reasons. For example, unlike internal combustion engines (ICE), electric motors develop maximum torque at zero rpm. However, this makes electrics easily adaptable to frequent stop-start cycle duty, such as traditional pickup/delivery service and the rapidly expanding last-mile delivery service. Also, the investment’s initial cost could be a barrier to adoption. At the 2018 IAA Commercial Vehicle Show, Wilfried Aulbur predicted an ROI time of 42-60 months for new electric trucks by 2025.

While the lighter vehicles will likely use scaled-up versions of current passenger car technology, future development is expected to factor truck size, weight, and vocational service requirements to determine motor/driveline configurations. Single large motors may be replaced by individual wheel-end motors, much like the ones currently used on large off-road mining vehicles.

The limited range of currently available batteries generally requires some backup charging capability to avoid mid-trip delays. Small gasoline or diesel-fueled generators seem to be the current solution, although work is progressing on wireless and remote charging systems. The total cost of fueling electric vehicles is difficult to calculate compared to other alternatives since the cost of generating electricity varies by geographic location and time of day. There is even concern that a widespread conversion to electric vehicles could require extra grid capacity and infrastructure upgrades.

Access to electric charging stations could also pose a potential problem. They are becoming more common, but there are only about 48,000 electric stations in the United States (15,000 in California). Nevertheless, electric vehicles with no hydrocarbon emissions have a great appeal for use in urban areas and where renewable energy is preferred or mandated.

As mentioned, hybrid vehicles are another potential option. These drivetrains combine two or more propulsion systems on a single-vehicle. The electric motor, combined with a small generator for backup, or “limp-home” capability, seems logical for short-haul and delivery services. In the future, trucks running longer trips may consider an onboard hydrogen generation or fuel cell type system to provide electric motors with increased range.

Another hybrid configuration would capture braking energy, store it, and release the energy to assist in acceleration or driving requirements. This type of regenerative system would be best suited to vehicles in frequent stop-start service, such as waste collection. Energy dissipated by braking can be stored temporarily by mechanical or hydraulic means and released to assist the primary drivetrain when starting. Mechanical storage can be accomplished by a flywheel system or by driving a generator that charges batteries. A hydraulic system could compress fluid to a higher pressure, which would be released to assist start-up.

Hydrogen is another alternative fuel that is becoming more popular, specifically in the commercial trucking industry. This technology is predicted to roll out in heavy-duty trucks over the next five years. Although fuel cell technology is looking to be very promising, widespread adoption will take time.

According to NACFE, many factors will influence the decision of adoption, such as emissions regulations, infrastructure, hydrogen availability, and total cost of ownership. Amy Davis at Cummins says, “Buses and trains will likely be some of the first applications to transition to hydrogen, with the Hydrogen Council predicting that heavy-duty trucks will fall farther out on the curve with about 2.5% of hydrogen adoption in 2030.