Home » NEWS » What the Truck?!? Segment – Fuel Savings are Still a Possibility

What the Truck?!? Segment – Fuel Savings are Still a Possibility 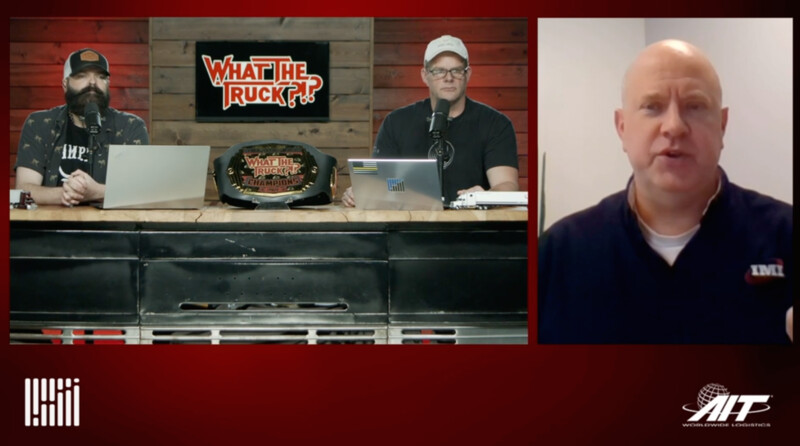 “The most important factor in fuel [efficiency] for a tractor-trailer is actually the driver. They have more of an effect on determining positive gains or negative gains than anything else you can do to the tractor-trailer,” Bortner said during a recent appearance on FreightWaves’ WHAT THE TRUCK?!?

“The whole idea is to get the truck going down the road as straight as possible with the least amount of rolling resistance,” Bortner said, listing excessive braking, pedal pumping when accelerating, and sitting idle as driving habits to avoid.

Fuel-saving devices provide additional benefits. Bortner recalled seeing side skirts on trailers for the first time nearly 20 years ago when aerodynamics were becoming in vogue. He said it’s smart to focus on the trailer first because of its gas-guzzling properties — the trailer axle deplinishes fuel by 50%, while the drive tire axle and steer axle consumes 30% and 20%, respectively.

But Bortner said many in the industry have focused their efforts in the opposite direction. “They’ll do things to the steer or drive axle and neglect the trailer when it should actually be the other way around.”

There are many fuel-saving devices on the market today that can help reduce costs. Bortner listed a handful of devices that range between $200 and $2,000 that fleets can easily install.

Fuel efficiency is also largely dependent on the type of tire and its alignment. Bortner noted a recent study by the Technology & Maintenance Council of the American Trucking Associations that suggests balancing all wheel positions across the tractor-trailer could increase fuel savings by 2%.

“All of the major manufacturers have made tires much better; these low rolling resistance tires, they’re getting fuel gains and are lasting longer,” Bortner said. Although wide-based drive tires definitely have a fuel gain, their heavy aluminum wheel frames aren’t optimal for every fleet.

However, don’t assume that pricier products will deliver more in savings. For instance, you wouldn’t want to invest in a device that won’t produce a return on investment for three years when the truck is to be retired in two. That’s why Bortner suggests it’s important to weigh the cost of the device versus its payback time.
Fuel evaluations can be complex, but IMI makes it simple. Click for a free fuel evaluation.